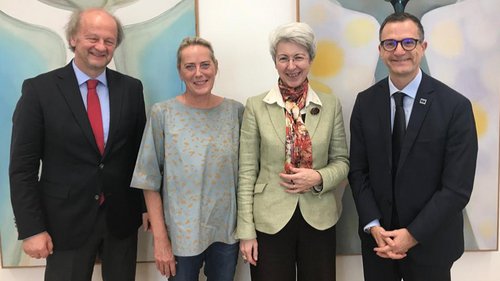 The meeting was an opportunity for a very constructive exchange of views on the current and future activities carried out by the “Via Habsburg”, Cultural Route of the Council of Europe.

Via Habsburg, certified by the Council of Europe in 2014, retraces the 800-year-old history of the Habsburgs: palaces, castles, magnificent churches, monasteries, abbeys and splendid museums show how this emblematic dynastic family shaped not only history but also art, transmitting the riches of the Renaissance and, at the time of its decline, provoking the modernist revolt.